Well, here we are approaching the last full week of October!  I can hardly believe it.  Time is flying so quickly.  Linking up with Kelly again for this week’s 7QTs.

My computer is boasting a sticky keyboard this week.  Thanks to Evvie kindly spilling my coffee all over it.  And I am too lazy to unscrew it and take the back off and clean inside it, so I am still using it while having to pressssssssssssssss (see?) really hard on some keys to make them work.  It’s an occupational hazard, I guess.

We went to a local corn maze extravaganza on Friday night.  The kids had a BLAST.  Hubby and I (who are more antisocial homebodies) tried to keep those completely fake smiles plastered in place while freezing our hinies off as the kids insisted on running in four different directions while we we kicked ourselves for not bringing more than one flashlight.

I had the opportunity to volunteer at my older kids’ school on Friday.  Since the public school system in Idaho is so poorly funded, classes like art and music have been cut.  In my town, the elementary schools greatly rely on parent volunteers to teach “FAME” or “Fine Arts Mini-Experience” once monthly so that kids can be exposed to art history and music appreciation.  I have been volunteering with this program for four years and I really enjoy teaching it.  I am always really impressed with how well-mannered and inquisitive the kids are.  One of the major highlights of this lesson (in which the art discussed was Grant Wood’s American Gothic) was showing the kids the different parodies that have been made of the artwork.  I think the overwhelming favorite was a Star Wars-themed one where the farmer traded his pitchfork for a light saber.

We babysat an 11-month-old baby girl yesterday.  She was sweet, but a big girl!  She was the same size as 21-month-old Evvie, and weighed much the same.  Evvie has always been at the low end of the size spectrum.  She’s growing, just seems to be petite.  It was interesting to watch Evvie interact with a younger baby.  Mostly she was just jealous because I was giving attention to another baby!   The parents sorely needed a break, Hubby works with the dad, and they are new to the area and don’t know a lot of people.  I sometimes forget how vital it is as a new-er mother to have other friends who are also traversing the journey of motherhood along with you.  It sounds like this mom is very lonely for other mom friends.  I am always so happy to recommend MOPS (Mothers of Preschoolers) to moms looking for that kind of connection.  Just being able to check in a few times a month with other parents who have kids the same ages as yours and who can commiserate with the ups and downs of parenthood along with you is such a blessing.

I recently had a friend diagnosed with breast cancer.  They caught it early and her prognosis looks good, but she will still be in the throws of chemo for the next several months.  She is young (36) and is married with two young girls.  I have offered to help with whatever she needs, and I know she has many other friends doing the same.  I have never had a friend go through this before, and am unsure what would be the most meaningful way to help.  Any suggestions from anyone who has been there?

One of the best things about having kids get a little older is that you can pass on chores to them that you do not relish doing.  Having Junior clean out my car this weekend was SO AWESOME!  Of course he is not as thorough as I would be, but he vacuumed.  He threw away trash.  He put little trash bags by everyone’s seats to encourage them to throw garbage in there instead of on the floor.  It warms a mother’s heart!

I recently discovered Overdrive from my library and have been having so much fun listening to audiobooks while I clean and do the dishes.  It makes those chores go soooooooo much faster.  I recently “read” (listened to?) the Ruby Red trilogy by Kerstin Gier…started out as a read for a book club but then I really got into it, even though I am not usually into the young adult/fantasy genre.  But I absolutely loved the narrator.  I love when you get a good narrator who does all the voices believably.  The three books were a really good listen.  Now I am listening to Z: a novel of Zelda Fitzgerald by Therese Anne Fowler. 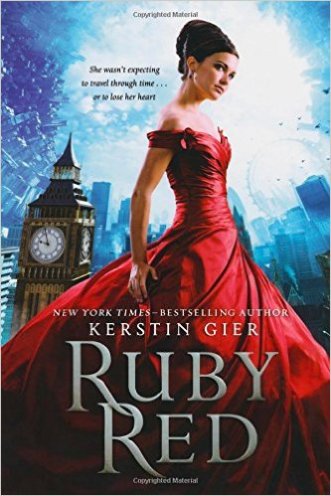 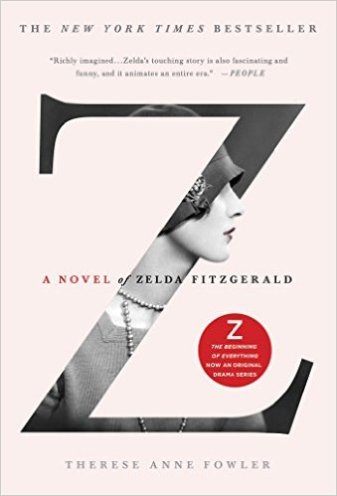 That’s all folks, Have a lovely week!

Life Your Way
Keeper of the Home